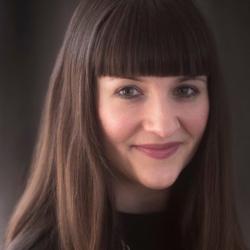 The Americanist Colloquium is hosting Britt Rusert from the University of Massachusetts-Amherst. We will be discussing an essay by Professor Rusert, “Naturalizing Coercion: The Tuskegee Experiments and the Laboratory Life of the Plantation”, that will be included in an upcoming edited collection from Duke University Press, “Captivating Technology: Reimagining Race, Resistance, and Carceral Control.”

Britt Rusert is Assistant Professor in the W. E. B. Du Bois Department of Afro-American Studies at the University of Massachusetts Amherst and the author of “Fugitive Science: Empiricism and Freedom in Early African American Culture” (New York University Press, 2017). She has published essays in “American Quarterly,” “Early American Studies,” and “Social Text,” among others. Her research and teaching focus on African American literature and visual culture, American literatures to 1900, Afrofuturism, science and technology studies, gender and sexuality, and critical theory. She is currently working on a study of William J. Wilson’s “Afric-American Picture Gallery” (1859), a text that imagines the first museum of black art in the United States. With Adrienne Brown, she is also editing W. E .B. Du Bois’s short genre fiction.