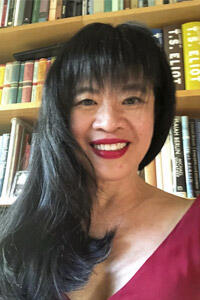 Geraldine Heng is Perceval Fellow and Associate Professor of English and Comparative Literature, with a joint appointment in Middle Eastern studies and Women’s studies.  She holds the Perceval endowment, created by anonymous donors to support her career.  She is also Founder and Director of the Global Middle Ages Projects (G-MAP): www.globalmiddleages.org

Heng’s research focuses on literary, cultural, and social encounters between worlds, and webs of exchange and negotiation between communities and cultures, particularly when transacted through issues of gender, race, sexuality, class, and religion.  She is especially interested in medieval Europe’s discoveries and rediscoveries of Asia and Africa.  Her first book, Empire of Magic: Medieval Romance and the Politics of Cultural Fantasy (Columbia University Press, 2003, 2004, 2012; 533 pp.) traces the development of a medieval  literary genre—European romance, and, in particular, the King Arthur legend—in response to the traumas of the crusades and crusading history, and Europe’s myriad encounters with the East.

Heng is currently researching and writing a fourth book, Early Globalities: The Interconnected World, 500-1500 CE, with chapters on ships, stories, and slaves, supported by an ACLS fellowship in 2017-18 and an ISAS (Singapore) fellowship in 2018-19.  She is also editing an MLA Options for Teaching volume on The Global Middle Ages, with 24 essays and 32 contributors, half of whom are medievalists of color and international scholars.