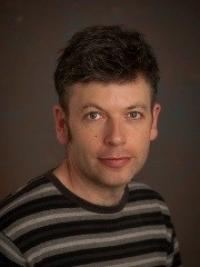 Julian Yates teaches English and critical theory at the University of Delaware. Yates specializes in Medieval and Renaissance British Literature, literary theory, material culture studies, and environmental humanities. He is the author of some thirty-five essays on Medieval and Renaissance literature and culture, questions of ecology, the posthuman, and literary theory; and author or editor of four books: Error, Misuse, Failure: Object Lessons from the English Renaissance (Minnesota, 2003), which was a finalist for the Modern Language Association’s Best First Book Prize in 2003; What’s the Worst Thing You Can Do To Shakespeare? (Palgrave Macmillan, 2013), co-authored with Richard Burt; Object-Oriented Environs in Early Modern England (Punctum Books, 2016), co-edited with Jeffrey Jerome Cohen. He will speak to us about his forthcoming book Of Sheep, Oranges, and Yeast: A Multispecies Impression, which will appear in the University Minnesota Press’s posthumanities series in spring 2017.