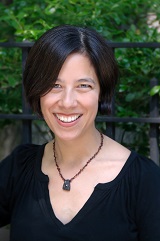 While my four novels to date differ in terms of subject matter, geographical setting, and historical period, all to some extent explore themes of identity and the impact of the political sphere upon personal life.  My first novel, The Foreign Student (1998), drew upon my Korean-born father’s experiences during and after the Korean War.  The novel required substantial research, which led to my second novel, American Woman (2003).  The specific impetus for American Woman was research on political movements of the 1970s, which led to my interest in the nearly forgotten anti-war activist Wendy Yoshimura, who became the basis for American Woman’s protagonist, Jenny.  As a side note, my discovery of an odd historical document in the stacks of Sterling Library was the breakthrough that enabled me to figure out how American Woman should end.  American Woman’s use of recent history showed me that those contemporary events of greatest interest to me were likely to be the most fruitful for my fiction.  The cases of Theodore Kaczynski, Wen Ho Lee, Steven Hatfill, and Richard Jewell inspired my third novel, A Person of Interest (2008), in which an Asian-American professor is wrongly accused of an act of terror.  My most recent novel, My Education (2013), is less obviously political than its predecessors, but the theme of sexual identity marks a continuity with my previous books.

My current project takes up the question of national identity, and the extent to which it coincides or does not coincide with ethnic and with cultural identity. While the project is a novel, it bears little resemblance to the historical fiction I have written in the past, employing at times the conventions of memoir, and at others those of reportage.

A Person of Interest

The Foreign Student: A Novel