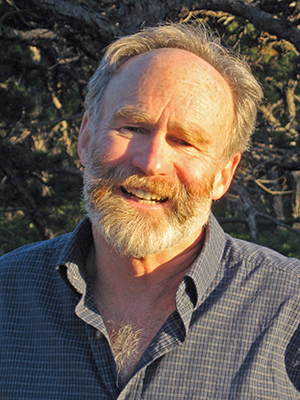 Senior Lecturer Emeritus in English and in Forestry and Environmental Studies

Fred Strebeigh’s nonfiction writing has covered a wide range of subjects including the history and origins of nature writing, the arts and crafts movement in America, the role of the bicycle as a cultural force in China, educational exchange between China and the United States, the creation of a dictionary of American dialects, pressures on the Antarctic treaty system, natural and social conditions in the Falkland Islands, the race to create radar during World War II, traces of early man in southern Africa, the rise of feminist law, saving whales from fishing nets off the coast of Newfoundland, the impact of environmental issues on the presidential election in 2004, and defending the world’s largest system of scientific nature reserves in Russia. His writing has appeared in a variety of publication including Atlantic Monthly, Audubon, E: The Environmental Magazine, Legal Affairs, New Republic, Reader’s Digest, Russian Life, Sierra, Smithsonian, and the New York Times Magazine. An article for the Times Magazine became the starting point for his book Equal: Women Reshape American Law (Norton, 2009). His teaching in 2004 received Yale’s DeVane Award, presented each year by Phi Beta Kappa to one member of the university’s active faculty, and in 2009 at Yale commencement received the Brodhead Prize for Teaching Excellence.