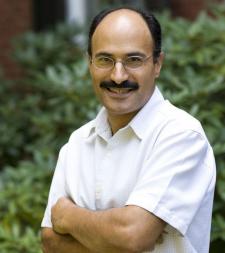 Jahan Ramazani is University Professor and Edgar F. Shannon Professor of English at the University of Virginia. He is the author of a number of books of criticism on poetry, including Poetry and Its Others: News, Prayer, Song, and the Dialogue of Genres (2013); A Transnational Poetics (2009), winner of the Harry Levin Prize for the best book in comparative literary history published in the years 2008 to 2010; The Hybrid Muse: Postcolonial Poetry in English (2001); Poetry of Mourning: The Modern Elegy from Hardy to Heaney (1994), a finalist for the National Book Critics Circle Award; and Yeats and the Poetry of Death: Elegy, Self-Elegy, and the Sublime (1990). He is editor of The Cambridge Companion to Postcolonial Poetry (2017); a coeditor of the most recent editions of The Norton Anthology of Modern and Contemporary Poetry (2003) and The Norton Anthology of English Literature (2006, 2012, 2018); and an associate editor of The Princeton Encyclopedia of Poetry and Poetics (2012). Elected to the American Academy of Arts and Sciences in 2016, he is a recipient of a Guggenheim Fellowship, an NEH Fellowship, a Rhodes Scholarship, the William Riley Parker Prize of the MLA, and the Thomas Jefferson Award, the University of Virginia’s highest honor.