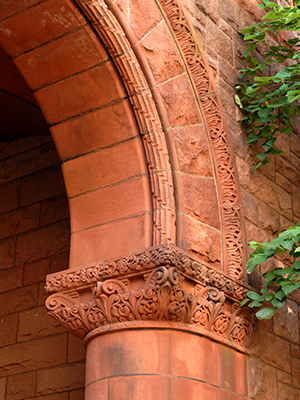 For more than a century, English at Yale has been an important force in the academic study of literature and a key part of Yale’s educational mission. The Department teaches the majority of freshmen in Yale College, graduates more than 100 majors in every Yale class, and trains PhDs in English, who become scholars and teachers of literature. Over the decades our PhDs have gone on to leadership positions throughout the academic profession.

Intellectual range and conceptual innovation characterize the history of influential books that have emerged from Yale English. The Department today represents a wide variety of scholarly and critical approaches to the study of Anglophone literature and literary history. As scholars and teachers, we have great strength in poetry as well as the novel, nonfiction prose and the drama and performance studies, and our faculty covers the entire historical range of literature in English from Beowulf to recent fiction, poetry, and drama from all parts of the English-speaking world.  Our work has developed connections with many other disciplines, including history, art history, political philosophy and theory, and literature in other languages, as well as the contemporary interdisciplines such as gender studies and cultural studies.  Strong in the history of the book, we study the changing media environments of the written word and the arts of writing, from the periods before printing to the digital age.  We study also the globalization of English in the contemporary period, and the shifting cultural maps of Anglophone writing.

For undergraduates, the Department offers an array of introductory courses designed to develop fundamental writing skills, powers of argument and analysis, and a historical perspective on literature. The English Major introduces students to the many traditions of imaginative writing in English through courses focused on both familiar topics such as Milton or Modern American Literature and the newest areas of faculty investigation. The Department aims to help deepen students’ insights into their own experience and to develop their ability to express their ideas orally and in writing.  Yale English majors have an astonishing recent history of writing awards and successful publication.

In addition to courses in literature and expository writing, the Department is the home of creative writing at Yale. Our illustrious writers work in all of the major genres—fiction, poetry, play and film writing, nonfiction prose, journalism—and together they make this one of the strongest undergraduate programs in creative writing in the United States.