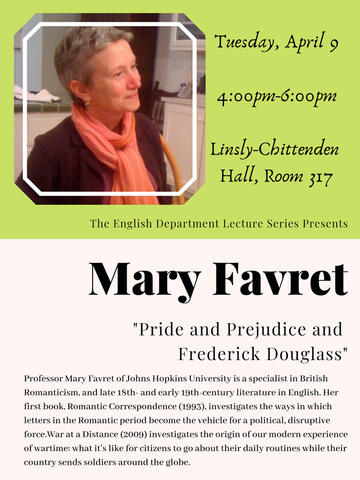 Professor Mary Favret of Johns Hopkins University is a specialist in British Romanticism, and late 18th- and early 19th-century literature in English. Her first book, Romantic Correspondence (1993), investigates the ways in which letters in the Romantic period become the vehicle for a political, disruptive force.War at a Distance (2009) investigates the origin of our modern experience of wartime: what it’s like for citizens to go about their daily routines while their country sends soldiers around the globe.