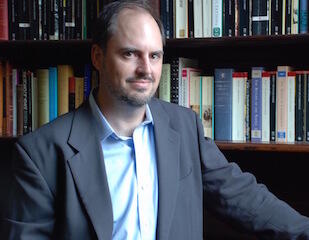 Nicholas Dames is the Theodore Kahan Professor of Humanities at Columbia University. He specializes in the novel, paying particular attention to the novel of the nineteenth century in Britain and on the European continent, while his interests include novel theory, the history of reading, and the aesthetics of prose fiction from the seventeenth century to the present. He is the author of Amnesiac Selves: Nostalgia, Forgetting, and British Fiction, 1810-1870 (Oxford, 2001), which was awarded the Sonya Rudikoff Prize by the Northeast Victorian Studies Association; and The Physiology of the Novel: Reading, Neural Science, and the Form of Victorian Fiction (Oxford, 2007). His current project is a history of the chapter, from the textual cultures of late antiquity, particularly the editorial and scribal practices of early Christianity, to the modern novel.