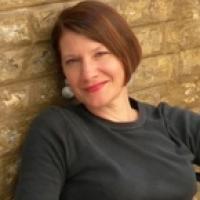 Sarah Beckwith is the Chair of the English Department at Duke University. She works on late medieval religious writing, medieval and early modern drama, and ordinary language philosophy. She is the author of many works, including Christ’s Body: Identity, Religion and Society in Medieval English Writing (London: Routledge, 1993, pbk 1996); Signifying God: Social Relation and Symbolic Act in York’s Play of Corpus Christi (Chicago: University of Chicago Press, 2001, pbk 2003), and Shakespeare and the Grammar of Forgiveness (Ithaca: Cornell University Press, 2011, pbk 2013). She is currently working on a book about Shakespearean tragedy and about philosophy’s love affair with the genre of tragedy and The Book of Second Chances, a book about versions of Shakespeare’s The Winter’s Tale.