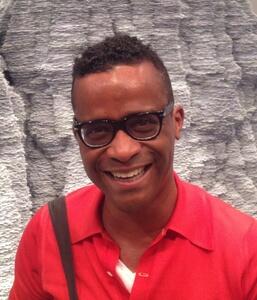 Stephen Best is associate professor of English at University of California, Berkeley. He is the author of The Fugitive’s Properties: Law and the Poetics of Possession (2004), and is currently at work on a project on slavery and the limits of historicist critique, entitled Unfit for History.

In recent work on race and the slave past, the appeal of “negative allegory” (erasure, omission, annihilation, displacement) has been strong – an appeal often bound up with value judgments and psychological needs. Following the thinking of Stanley Cavell, one could argue that wrestling with the failure of something that was lost to history making an appearance has carried with it fears and desires about social acknowledgement. Rather than accept grasping as the only response to loss, “My Beautiful Elimination” makes a case for self-divestiture, in which the model is the work of art: the shimmering throwaway-aluminum constructions of the Ghanaian artist El Anatsui, the layered paper canvases of the Los Angeles artist Mark Bradford, and the poems of Gwendolyn Brooks. In “My Beautiful Elimination,” I propose alternative relations between contemporary criticism and the black past on the basis of aesthetic values and sensibilities that I espy in works of literature and art that, in my perception of them, strive to forge critical possibilities by way of a kind of apocalypticism, or self-eclipse, where the artwork takes up a self-consuming form in which it strives to either close itself off or use itself up. Working comparatively (or, better, mimetically), I will make the case for the value of a criticism that is watchful of its own self-importance by exploring what it means to think “like” a work of art – assuming the artwork’s quivering, flickering, and shimmering to be where most of the thought will happen.