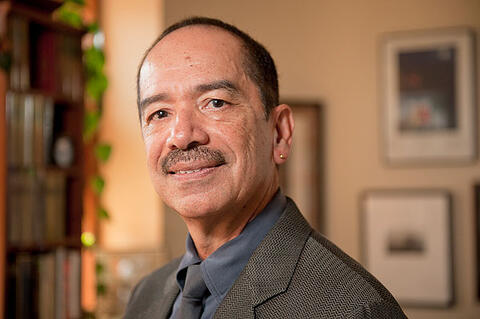 Ramón Saldívar, professor of English and Comparative Literature and the Hoagland Family Professor of Humanities and Sciences at Stanford University, was awarded the National Humanities Medal by President Barack Obama in 2012. Currently the Burke Family Director of the Bing Overseas Studies Program at Stanford, he has also served as the Director of the Center for Comparative Studies in Race & Ethnicity. His teaching and research focus on the areas of literary criticism and literary theory, the history of the novel, 19th and early 20th century literary studies, cultural studies, globalization and issues concerning transnationalism, and Chicano and Chicana studies. In March 2013 President Obama appointed him to a six -year term on the National Council on the Humanities.

Professor Saldívar is the author of The Borderlands of Culture: Américo Paredes and the Transnational Imaginary (Duke University Press, 2006), which was awarded the MLA prize for best book in the area of Chicano/Chicana and Latino/Latina Cultural and Literary Studies. His new book, The Imaginary and Its Worlds: American Studies after the Transnational Turn, co-edited with Laura Bieger and Johannes Voelz, will appear in Spring 2013 from the University Press of New England.