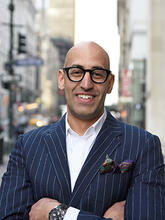 On April 10 a Russian-launched cluster bomb exploded on a residential street in the Pysochin suburb of Kharkiv. Viktor Andriiovych, a sixty-six-year-old retired firefighter, quickly whisked his older sister, Oleksandra Andriivna, into the cellar of the home that they shared. Though he saved her, shrapnel from the blasts struck Viktor in the leg. He collapsed and quickly bled to death. “I feel guilty,” Oleksandra later said, “because he came out of the house to save me and was killed. He was a firefighter at Chernobyl when the disaster happened and then he raised his youngest son on his own. He always helped other people, and he died to save me.”

Five days later Oksana Litvynyenko was walking in a Kharkiv playground with her husband, Ivan, and four-year-old daughter. Several cluster munitions exploded around them, gravely wounding Oksana. Ivan described the scene: “When my daughter saw her mum on the ground in a pool of blood, she said to me, ‘let’s go home; mum is dead and the people are dead.’ She was in shock and so was I.”

Such are the stories documented by Amnesty International in its recent report on Kharkiv. The pattern is clear: Russian forces have made frequent use of cluster munitions—bombs that cascade submunitions over an area approximately the size a football field—as well as scatterable land mines, which can detonate at random intervals or by multiple inputs from human steps, making them especially deceptive and dangerous in civilian locales. Both weapons are proscribed in widely ratified international conventions. The 2008 Convention on Cluster Munitions, which prohibits the use, development, acquisition, or stockpiling of this weapon under any circumstances, counts 110 signatories. And there are 164 states party to the 1997 Anti-Personnel Landmines Convention, which bans all antipersonnel land mines, scatterable or otherwise. Russia, like China and the United States, has not signed either treaty. (Under one interpretation of international law, that does not matter: the conventions’ wide ratification allows them to rise to the level enforceable customary law. Even if one does not take that view, Russia’s use of these weapons to inflict maximum harm on civilians is clearly a war crime.)