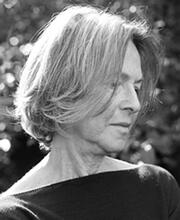 The Department of English is pleased to announce that Louise Glück has won the Gold Medal from the American Academy of Arts and Letters.

The Academy describes the history of the prize: “Since 1909 the Academy has awarded Gold Medals for distinguished achievement in several different categories of the arts. Beginning in 1950, the Academy has awarded two medals a year in the rotating categories of Belles Lettres and Criticism, and Painting; Biography and Music; Fiction and Sculpture; History and Architecture, including Landscape Architecture; Poetry and Music; and Drama and Graphic Art. Gold Medals are given for the entire work of the recipient.”

For more on this go to: YaleNews