All writing must have a beginning, and all writers must start somewhere. Literary canons are primed to prize a text that is the first to do this or the first of its kind in that. What, ultimately, does it mean for a novel or poem to be in a “first” category? How many ways can literary firsts be defined and explored? This class will work to answer these questions by devoting its focus authors’ “first works.” We will conceive of this category very broadly, considering famous firsts like Mary Shelley’s Frankenstein and Lorraine Hansberry’s Raisin in the Sun, and other categories as well: first will mean earliest, like Beowulf. It will mean versions and editions of works, like the highly mediated Poems of Emily Dickinson. It will also mean first encounters with literary authors’ ventures into other genres and forms—an opera libretto by Toni Morrison, a cookbook by Roald Dahl. We will also be thinking about first lines of literary works, first albums and songs put out by artists, and embarrassing juvenilia. The Beinecke’s rich collection of drafts and early versions of work by famous will also be explored. All in all, “First Literatures” will invite students to critically analyze the possibilities of what it means to read and to write for the first time. What are the limitations of “first” as a literary category? What cultural ramifications are inherent in labeling certain works of literature this way?

Why adaptation? What motivates playwrights and performers to borrow and reinvent drama from faraway places and distant times in order to address problems and questions in their own world? How can the culturally distant or estranged serve as a tool for engaging the local and immediate, and what interpretive strategies enable the circulation of performance texts in a global context? In this seminar, we will explore the interplay between the “local” and the “global” in a series of international translations and adaptations of widely performed theatrical works, including reinterpretations of Sophocles’ Antigone in Apartheid South Africa and post-war Argentina in the wake of la guerra sucia; Li Quanfu’s Chalk Circle by playwrights from Weimar Germany and pre-revolutionary Iran; William Shakespeare’s Tempest in Afro-Caribbean culture and throughout the former British Empire; and Samuel Beckett’s Endgame in a variety of countries affected by present-day nuclear and environmental disasters. How do theater artists make use of adaptation to take action in the world on a local, national, transnational– and planetary– scale? How do theatrical texts take on new meanings as they are taken up in new performances spaces and reembodied by new living performers throughout the world?

Since the 1960s, the notion that works of art play a part in social struggle has become commonplace among artists, militants, and scholars alike. But what do we mean when we say that works of art are political? Do poems and novels help shape social movements? Or do they merely amplify, reflect, or critique struggles that take place in the street and on the ballot? What, in sum, can literature teach us about the dynamics of political contest? This class assumes that a poem is no more a riot than a novel is a ballot or protest in order to ask how militants influence artists and vice versa in the course of social struggles. To do so we will consider novels, poems, and films from the postwar period alongside the words and deeds of militants during the “new social movements” of the 1960s and 70s as well as the Movement of Squares, Movement for Black Lives, #MeToo, and climate struggles of today. Readings will include works by writers and militants such as the Combahee River Collective, Toni Cade Bambara, the League of Revolutionary Black Workers, Bernadette Mayer, Notes from the Second Year: Women’s Liberation, Amiri Baraka, Grace Lee Boggs, Diane di Prima, Omar Robert Hamilton, Rosa Maria Dalla Costa, Wendy Trevino, Claudia Rankine, and Cheena Marie Lo, as well as films such as Get Out, Parasite, Finally Got the News, and The Battle of Algiers.

How do we think about texts we don’t know how to place? This course considers how Black writers from across the diaspora skirt generic boundaries through incisive, transgressive formal innovation. Together, we will investigate how Black queer voice might offer us a theory of utopian lyric potential across borders and genres. We will explore poetry, fiction, autobiography, and music to track the insurgent maneuvers of the Black queer self towards an expansive and global way of being in the world. The course will include a visit to the Beinecke Rare Books and Manuscripts Library to probe marginalia and witness the elision of forms and genres in the overflow of the archive. The course asks students to chart the aesthetic junctures that bring these texts, places, and people into relation. Furthermore, we will encourage each other to think capaciously and collaborate generously towards togetherness that draws us all a little closer. Representative texts include Dionne Brand’s No Language is Neutral, Jamaica Kincaid’s Annie John, Audre Lorde’s Zami: A New Spelling of my Name, Claude McKay’s Home to Harlem, and Binyavanga Wainaina’s One Day I Will Write About this Place. 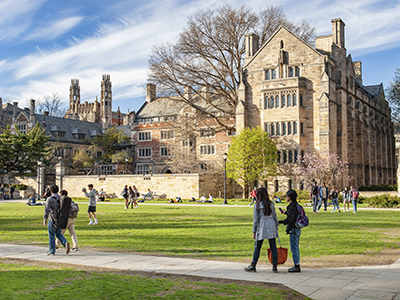