Amanda Perry, “Cuba in the Anglo-Caribbean Imaginary: Reading C.L.R. James and the 1968 Cultural Congress of Havana” 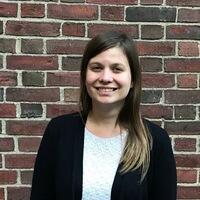 The English Department is pleased to welcome Amanda Perry of New York University to deliver a job talk entitled “Cuba in the Anglo-Caribbean Imaginary: Reading C.L.R. James and the 1968 Cultural Congress of Havana.” Amanda focuses on the comparative literature and history of former slave societies, working between English, French, Spanish, Portuguese, and Haitian Creole, with a particular eye toward Caribbean transnationalism. She earned her BA in English from the University of Alberta in 2009 and her MA in English from the University of British Columbia in 2011, where she focused on Anglophone postcolonial studies. Her dissertation reframes the Cuban Revolution as a Caribbean event, while she has also published on nineteenth and twentieth century political discourse in Haiti and the role of statistics in the British debates over the abolition of the slave trade.  She collaborates with the Columbia University Digital Humanities Initiative In the Same Boats, which maps the travels of key Caribbean intellectuals, as the editor for C.L.R. James and George Lamming.