Americanist and Theory and Media Studies Colloquia: Kyla Schuller, “The Biopolitics of Feeling” 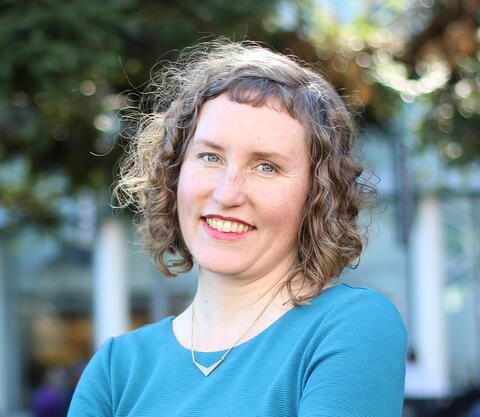 Professor Kyla Schuller is Associate Professor and Women’s Global Health Leadership (WGHL) Certificate Faculty Director of Women’s and Gender Studies at Rutgers University, New Brunswick. She investigates the intersections between race, gender, sexuality, and the sciences. Her book The Biopolitics of Feeling: Race, Sex, and Science in the Nineteenth Century was released from Duke University Press in December 2017. In The Biopolitics of Feeling, Schuller unearths the forgotten, multiethnic sciences of impressibility—the capacity to be affected over time—to expose the powerful workings of sentimental biopower in the nineteenth century. The book challenges interpretations of sentimentalism as primarily concerned with emotional feeling and cultural production, revealing sentiment to function as a widespread technology of individual discipline and species modulation that enabled the deployment of biopower and its sciences of sex and race difference.

During the 2017-2018 academic year, Schuller was an External Faculty Fellow at the Stanford Humanities Center. She has previously held fellowships from the ACLS and the UC Humanities Research Institute. Her peer-reviewed articles explore topics including: the cultural history of cosmetic surgery in the Americas; settler colonialism and the paleontological sciences; the relationship between microbial infections and affective state; and the sentimental and neocolonial politics of the blockbuster film Avatar, and other subjects in feminist science and cultural studies. At Rutgers, she teaches courses on Gender and Science, Gender and Visual Media, Queer Literature Before Stonewall, and Critical Sexualities Studies and is delighted by the talent and curiosity of Rutgers students.