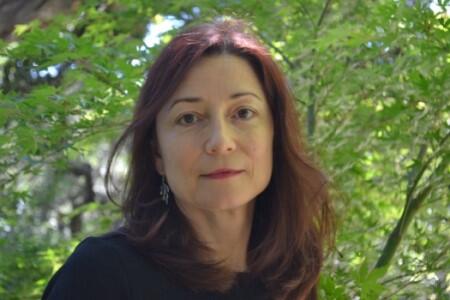 This event has been cancelled.

The English Department Lecture Series is pleased to welcome Kirsten Silva Gruesz of UC Santa Cruz to present her talk “From the Puritan Errand to the Errant Latin(x): Language, Race, and American Memory.”
How does Latina/o/x Studies exert pressure on the memory-work of U.S. American cultural history, and especially on its figurations of racial identity? Reaching back to the early eighteenth century, this talk situates third-generation Puritan Cotton Mather within Spanish colonial and indigenous spaces and translation practices. A theorization of errancy links this revisionism to the contemporary activist poetics of Juan Felipe Herrera.
Kirsten Silva Gruesz is Professor and Director of Graduate Studies in the Literature Department at the University of California, Santa Cruz, where she teaches U.S. and U.S. Latina/o/x literatures. She received her BA in History from Swarthmore College and her PhD in Comparative Literature from Yale University. She is the author of Ambassadors of Culture: The Transamerican Origins of Latino Writing (Princeton UP, 2002) and of over two dozen published essays on topics including Spanish-language print culture in the U.S. from the nineteenth century to the present; Latino communities in Louisiana; poetry and translation; and the field-formation of hemispheric studies. Recent publications include “Past Americana” (ELH, 2019) and a co-edited special issue of Early American Literature titled “The Spanish Americas” (2018). An elected member of the American Antiquarian Society, her recent work explores colonial archives, and her current book project Cotton Mather’s Spanish Lessons: Language, Race, and American Memory is under contract from Harvard University Press and due out in 2021. She is also completing an edition and translation of the first U.S. Latino novel: A Marriage Like Many Others: And (1848). The recipient of an NEH Faculty Research Fellowship and a Frederick Burckhardt Fellowship from the ACLS, Professor Gruesz serves on the Editorial Boards of Early American Literature and J19: The Journal of Nineteenth-Century Americanists, the MLA Forum on Early American Literature, and the Board of Supervisors of the English Institute.