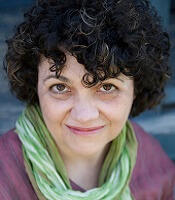 Earning her B.A. with Honors from the University of British Columbia and her A.M. and Ph.D. from Stanford University, Deidre Lynch is now the Ernest Bernbaum Professor of Literature at Harvard University. Her interests focus on eighteenth-century and Romantic-period British literature and culture, theory and history of the novel, the Gothic, the Enlightenment, book history and the history of reading, affect theory, and history of English studies.

Lynch’s works include Loving Literature: A Cultural History (2015), (co-ed with Jack Stillinger) The Romantic Period, Volume D of The Norton Anthology of English Literature (2012), (ed.) Janeites: Austen’s Disciples and Devotees (2000), The Economy of Character: Novels, Market Culture, and the Business of Inner Meaning (1998), and (co-ed with William Warner) Cultural Institutions of the Novel (1996).