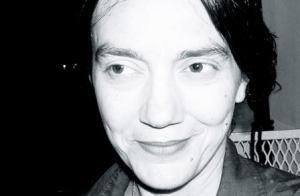 Sina Queyras grew up on the road in western Canada, and has since lived in Vancouver, Toronto, New York, Philadelphia, and Montreal. She is the author of the poetry collections Slip (ECW, 2001); Lemon Hound (Coach House, 2002), which won a Lambda Award and the Pat Lowther Award; Teethmarks (Nightwood, 2004); Expressway (Coach House, 2005), which was shortlisted for the Governor General’s Award; and MxT (Coach House, 2014). Her novel Autobiography of Childhood appeared from Coach House in 2011. She is also the editor of Open Field: An Anthology of Contemporary Canadian Poets (Persea, 2005), and created and maintains the literary blog Lemon Hound, selections of which appeared in print under the title Unleashed (Book Thug, 2009). She has taught creative writing at Rutgers, Haverford, and Concordia University in Montreal, where she currently resides.