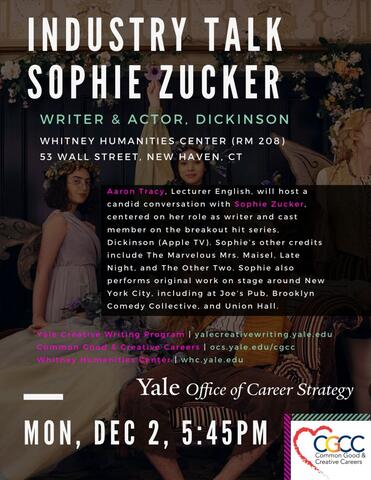 Aaron Tracy, lecturer in English, will be hosting a candid conversation with writer and actor Sophie Zucker, centered on her role as writer and cast member on the breakout hit series, Dickinson, on Apple TV. Sophie’s other credits include The Marvelous Mrs. Maisel, Late Night, and The Other Two. Sophie also performs original work on stage around New York City, including at Joe’s Pub, Brooklyn Comedy Collective, and Union Hall.