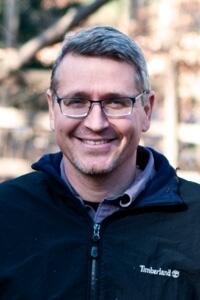 Fish was a ubiquitous staple food in Tudor-Stuart England and the basis for all kinds of rhetorical play. Like all flesh, but more quickly than most, fish turns rank no matter what efforts are made to preserve it. Shakespeare’s familiarity with fish as food, commodity, and symbol is evident throughout the corpus, often in tense dialogue characterized by misogyny, vulgarity, and dark humor, and nowhere more so than in his use of fishponds as metaphors for the corruption of the flesh. Because of its ubiquity and odoriferous intimacy fish of all kinds became fodder for witty commentary by characters ranging from Mercutio to Feste, on other matters of human embodiment ranging from food to sex and death. A peculiar set of metaphorical associations hovers around fishponds, which are consistently associated with sexuality. In this contextual reading of Shakespeare’s metaphorical gestures to fish ponds in a handful of plays, from All’s Well That End’s Well to The Winter’s Tale, Brayton explores a complex set of cultural associations between fish, fishponds, theater, and sexuality. Such metaphors impart some humor to otherwise grim episodes; they also reference a significant chapter in the environmental history of Europe. The late-medieval European aquaculture boom had gone bust by the time Shakespeare came of age, but not before transforming freshwater ecosystems all over Europe and familiarizing Europeans with a handful of fish species, particularly carp, raised for the table in intensive aquaculture operations associated with Southwark and with country estates.

Dan Brayton is an Associate Professor of English and American Literature at Middlebury College. He teaches courses on the literature of the sea, environmental literature, early modern drama (including Shakespeare), utopias and dystopias, regional literature, and world literature. He earned his doctorate at Cornell in 2001. His monograph, “Shakespeare’s Ocean: An Ecocritical Exploration” (University of Virginia Press 2012) won the Northeast Modern Language Association Book Award.