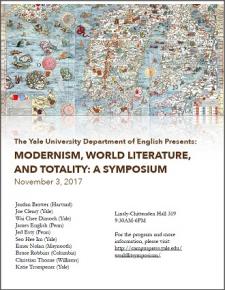 The Yale University Department of English presents a symposium on Modernism, World Literature, and Totality to be held on Friday, November 3rd, 2017.