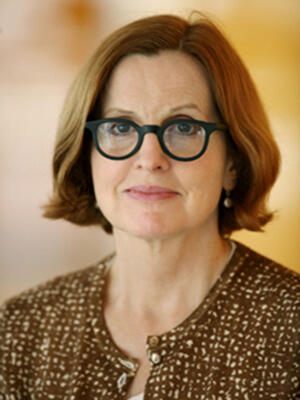 Co-sponsored by the Department of English and Pierson College.

Since joining The Times in 1991, she has written on Western and non-Western art from the prehistoric to the contemporary eras. She sees her main responsibility as “getting people out of the house,” making them curious enough to go see the art she covers, but she also enjoys posting artworks on Instagram and Twitter. Special areas of interest include ceramics textiles, folk and outsider art, design and video art.

She has written critic’s notebooks on the need for museums to be free to the public; Brandeis University’s decision to close its museum and sell its art collection (later rescinded), and the unveiling of the Google Art Project, which allowed online HD views of paintings in the collections of scores of leading museums worldwide.

Born in New York City and raised in Kansas, Ms. Smith is a graduate of Grinnell College in Iowa. Before coming to The Times she wrote for the Village Voice. In 2003 she received the College Art Association’s Frank Jewett Mather Award for Art Criticism.