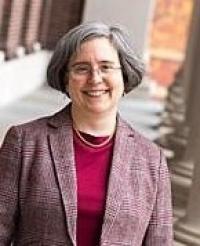 Ann Blair is Carl H. Pforzheimer University Professor at Harvard University, where she specializes in the cultural and intellectual history of early modern Europe, with an emphasis on France. Her interests include the history of the book and of reading, the history of the disciplines and of scholarship, and the history of interactions between science and religion. Prof. Blair is the author of The Theater of Nature: Jean Bodin and Renaissance Science (Princeton UP, 1997), and Too Much To Know: Managing Scholarly Information Before the Modern Age (Yale UP, 2010). She has co-edited, with Jennifer Milligan, Toward a Cultural History of Archives, a special issue of Archival Science (2007) and, with Richard Yeo, Note-Taking in Early Modern Europe, a special issue of Intellectual History Review (2010). Blair’s research focuses on methods of intellectual work among scholars and authors ca. 1500-1700 which she also compares with those of other times and places. She has studied for example methods of reading and note-taking as taught in humanist schools, and practices of composing and using reference works and finding devices. In March 2014 Blair delivered the Rosenbach Lectures in Bibliography at the University of Pennsylvania on the role of amanuenses and the various mostly hidden helpers who worked with authors and scholars in early modern Europe. She will speak to us about her forthcoming book on this topic.