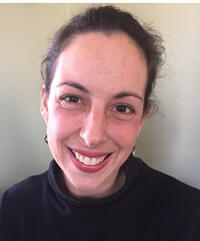 Prof. Catherine Nicholson will give a talk titled: “The First Essential: The Faerie Queene and the Discipline of Literary Criticism”

Prof. Catherine Nicholson’s research focuses on the literature of the English Renaissance and its reception, in its own time and in the centuries that followed.  She is particularly interested in—and enjoys teaching—texts that thwart or fail to satisfy the desires and expectations of readers past and present, texts whose oddity, unevenness, and (accidental or intentional) obscurity trouble assumptions about literary value and readerly success.

Her first book, Uncommon Tongues: Eloquence and Eccentricity in the English Renaissance (Penn Press, 2014), looks at the so-called “triumph of English” in the late sixteenth-century through the eyes of contemporary readers, writers, and critics—many of whom saw in the new vernacular literature not the dawning of national identity and linguistic community but the estrangement of English from itself.  Her current book project, Spenser’s Reader: The Faerie Queene and the Indiscipline of Literary Criticism (under contract with Princeton UP), takes an expansive view of how reading does and doesn’t work over the four-hundred-year existence of a single poem.  In addition to examining a particularly fascinating and self-reflexive work of literature, Spenser’s Reader is an experiment in using reception history as a tool for critical innovation: inhabiting the perspectives of various historical readers of The Faerie Queene, whose methods and aims are often alien to her own, affords her a usefully oblique view of both the poem itself and the norms of modern literary criticism.  Selections from the book have appeared or are forthcoming in ELH, the Spenser Review, and MLQ.