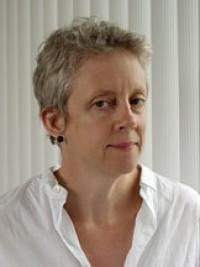 Mary Baine Campbell teaches English and comparative literature at Brandeis University. Professor Campbell’s research interests include the early-modern history of dreams and dream theory in the Atlantic world, in light of developments in representation (including poetry and fiction) and natural philosophy or science; utopia and science fiction, past and present; the cultural history of encounter and empire; and the intersections of literary studies with ecological, climate change, and animal studies. Prof. Campbell’s first book, The Witness and the Other World: Exotic European Travel Writing,400-1600, looks at works by pilgrims, crusaders, merchants, discoverers, even armchair fantasists such as Mandeville, as well as the writings of Marco Polo, Columbus, and Walter Raleigh. Her most recent study, Wonder and Science: Imagining Worlds in Early Modern Europe analyzes a cross-section of texts in which worlds were made and unmade, including cosmographies, colonial reports, works of natural philosophy and natural history, fantastic voyages, exotic fictions, and confessions. Prof. Campbell will speak to us about her most recent research concerning the seventeenth-century Iroquois convert St. Kateri Tekakwitha as imagined and dreamed by her French missionary confessors.