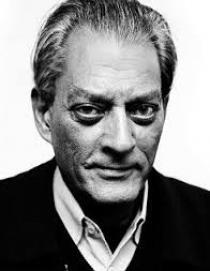 Novelist and director Paul Auster is the author of The New York Trilogy (1985-6), Moon Palace (1989), The Music of Chance (1990), The Book of Illusions (2002), and The Brooklyn Follies (2005). A native of New Jersey, Auster studied at Columbia University before relocating to Paris, where he translated French literature including works by Stéphane Mallarmé and Joseph Joubert. A former vice-president of PEN American Center and current member, he is recipient of several awards for both writing and film directing. His first film, Smoke (1995), which he wrote and co-directed, won the Independent Spirit Award for Best First Screenplay. Other screenplays include The Music of Chance (1993), Blue in the Face (1995), and Lulu on the Bridge (1998). He is also the author of numerous volumes of poetry, essays, and a memoir entitled The Invention of Solitude (1982).