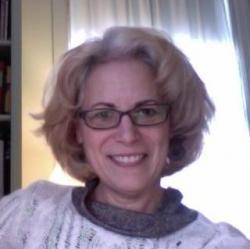 Jane Bennett is professor of political science at Johns Hopkins University. She is one of the founders of the journal “Theory & Event,” and is currently the editor of “Political Theory: An International Journal of Political Philosophy.”

Professor Bennett specializes in political theory: ecological philosophy, American political thought, political rhetoric and persuasion, and contemporary social theory. She has been a Fellow at Oxford University (Keble College), Birkbeck Institute for the Humanities (University of London), and the Humanities Research Centre at Australian National University.

Her recent essays have appeared in “Grain/Vapor/Ray” (Haus der Kulturen der Welt, Berlin, 2014), “A Feeling for Things: Conversations On and Around the Work of Jane Bennett” (eds. Baraitser ad O’Rourke, Punctum Press, 2015), “Evental Aesthetics” (special issue on Vital Materialism), and “The Nonhuman Turn” (ed. Grusin, Minnesota Press 2015). She is the author of “Vibrant Matter: A Political Ecology of Things” (Duke, 2010); “The Enchantment of Modern Life” (Princeton 2001); “Thoreau’s Nature” (Rowman Littlefield, 1994), and “Unthinking Faith and Enlightenment” (NYU 1987).

She is currently working on a study of Walt Whitman and the political implications of his invocation of a network of personal, natural, and cosmic “sympathies.”