The Chronicle Review: Jonathan Kramnick on ‘Criticism and Truth’ 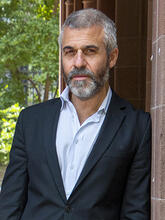 What does it mean for literary criticism to be true? How do we know when it’s false? In the most recent issue of Critical Inquiry, Jonathan Kramnick, a professor of English at Yale University and frequent Chronicle contributor, published an ambitious essay on the nature of truth claims in literary criticism. Kramnick takes as his starting point the practice of “in-sentence quotation,” the “procedure of embedding another’s words within the fine structure of one’s own.” For example, here’s the critic Mary Favret writing about William Cowper’s poem The Task (the words within single quotation marks are Cowper’s): “The noisy arrival of the post-boy intrudes upon the ‘Winter Evening,’ where the poet hopes to cobble out of ‘undisturb’d retirement, and the hours/ Of uninterrupted ev’ning’ a rural retreat from hostile weather and imperial hostilities.”