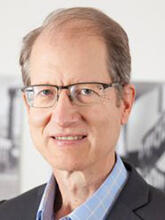 Peters is a media historian and theorist whose research focuses on the question of what it means to live in a world saturated by new and old technologies of communication. His books have placed this question in long historical horizons and wide philosophical frameworks. His most recent book, “The Marvelous Clouds: Toward a Philosophy of Elemental Media,” builds a deep philosophy of technology that rethinks the challenges of the digital moment. “Promiscuous Knowledge: Image, Information, and Other Truth Games in History,” co-authored with the late Kenneth Cmiel and forthcoming in 2020, shows how troubles in managing the truth-value of pictures and facts over the last two centuries presage our so-called post-truth moment. All his work seeks to find original ways to understand how media — conceived broadly — have shaped the world we live in.

With the Guggenheim Fellowship, Peters will complete a book manuscript tentatively titled “Weather Media in the Modern World.” Weather might seem a banal topic, notes Peters, but it is actually one of the most telling domains in which modern men and women have interacted with their environment. Indeed, the idea of prosaic weather is distinctly modern, and this book shows how weather became banal, and even disastrously so in a time of climate change, through a study of five media by which moderns have experienced weather: words, pictures, numbers, sounds, and gods.