Margaret Spillane’s article on Paula Rego in The Nation 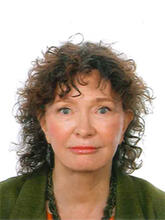 The violence of the irony: Those Supreme Court justices hand-picked by Mitch McConnell’s dark-money donors oversaw the evisceration of Roe v. Wade only days after the death of Paula Rego.

Rego was the only major artist ever to have created a series of large paintings of women having illegal abortions. Each panel features one individual in the windowless room where her abortion will take place, or has just taken place. Painted more than two decades ago, these 10 pictures—each one called Untitled—so blasted open public consciousness in the artist’s native Portugal that its prime minister proclaimed Rego the single strongest force behind that country’s resounding 2008 “yes” referendum vote in favor of safe, legal abortion.