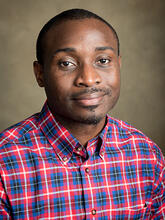 In African Ecomedia, Cajetan Iheka examines the ecological footprint of media in Africa alongside the representation of environmental issues in visual culture. Iheka shows how, through visual media such as film, photography, and sculpture, African artists deliver a unique perspective on the socioecological costs of media production, from mineral and oil extraction to the politics of animal conservation. Among other works, he examines Pieter Hugo’s photography of electronic waste recycling in Ghana and Idrissou Mora-Kpai’s documentary on the deleterious consequences of uranium mining in Niger. These works highlight not only the exploitation of African workers and the vast scope of environmental degradation but also the resourcefulness and creativity of African media makers. They point to the unsustainability of current practices while acknowledging our planet’s finite natural resources. In foregrounding Africa’s centrality to the production and disposal of media technology, Iheka shows the important place visual media has in raising awareness of and documenting ecological disaster even as it remains complicit in it.

Taking up the idea that teaching is a political act, this collection of essays reflects on recent trends in ecocriticism and the implications for pedagogy. Focusing on a diverse set of literature and media, the book also provides background on historical and theoretical issues that animate the field of postcolonial ecocriticism. The scope is broad, encompassing not only the Global South but also parts of the Global North that have been subject to environmental degradation as a result of colonial practices. Considering both the climate crisis and the crisis in the humanities, the volume navigates theoretical resources, contextual scaffolding, classroom activities, assessment, and pedagogical possibilities and challenges. Essays are grounded in environmental justice and the project to decolonize the classroom, addressing works from Africa, New Zealand, Asia, and Latin America and issues such as queer ecofeminism, disability, Latinx literary production, animal studies, interdisciplinarity, and working with environmental justice organizations.