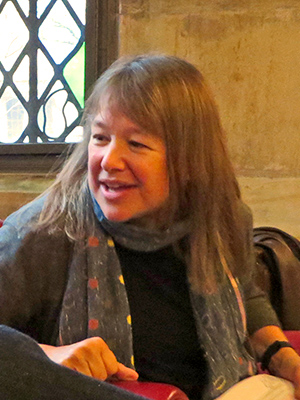 Anne Fadiman is an essayist and reporter. Her most recent book, The Wine Lover’s Daughter​, is a memoir about her father, wine, and the upsides and downsides of upward mobility. The Spirit Catches You and You Fall Down, her account of the crosscultural conflicts between a Hmong family and the American medical system, won a National Book Critics Circle Award. Ex Libris: Confessions of a Common Reader, is a book about books (buying them, writing in their margins, and arguing with her husband on how to shelve them). At Large and At Small is a collection of essays on Coleridge, postal history, and ice cream, among other topics; it was the source of an encrypted quotation in the New York Times Sunday Acrostic. Fadiman is the only writer to have won National Magazine Awards for both reporting (on elderly suicide) and essays (on the multiple and often contradictory meanings of the American flag). She worked with the family of her former student Marina Keegan to edit The Opposite of Loneliness, a posthumous collection of Marina’s work. She has also edited a literary quarterly (The American Scholar) and two essay anthologies. As Francis Writer in Residence, Fadiman teaches nonfiction writing and serves as a mentor to students who are considering careers in writing or editing. In 2012 she received the Brodhead Prize for Teaching Excellence; in 2015 she was elected to the American Academy of Arts and Sciences.

The Spirit Catches You and You Fall Down (Farrar, Straus and Giroux, 1997)

At Large and At Small: Familiar Essays

The Spirit Catches You and You Fall Down: A Hmong Child, Her American Doctors, and the Collision of Two Cultures