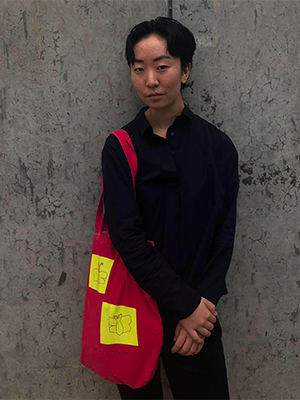 My name is Janis Jin and I’m a senior in Grace Hopper College and a double major in English and Ethnicity, Race, & Migration. I’m also a Mellon Mays Undergraduate Fellow. Some of my favorite English classes at Yale have been “Race and Religion on the Early Modern Stage” with Professor Catherine Nicholson, “Postcolonial Asias” with Professor Sunny Xiang, and “Black Women’s Literature” with Professor Jacqueline Goldsby.

Most broadly, I’m interested in 20th/21st century Anglophone literature, cultural studies, race and empire, and war and militarism. I love being a double major, and I find that my studies in English have equipped me to think about race, class, gender, and sexuality through the lens of literature and culture. The English major at Yale has taught me the invaluable skill of close reading, and I’ve learned to use close reading skills to interpret all kinds of non-“literary” texts as well, like art, music, film, and pop culture.

At Yale, I’ve written on topics ranging from political lesbianism to Asian American theatre for campus publications such as The Yale Herald, DOWN Magazine, and Brink. I’ve served as Head Coordinator of the Asian American Cultural Center, Co-Moderator of the Asian American Studies Task Force, and Head Counselor for the Cultural Connections Pre-Orientation Program. I also worked at the Writing Center for two years, editing and providing feedback on student papers. Outside of Yale, I work part-time for the Asylum Seeker Advocacy Project. I’m happy to talk about any of these experiences, and I’m especially eager to meet prospective students who have questions about double majoring, race and literary studies, and anything else I mentioned above!