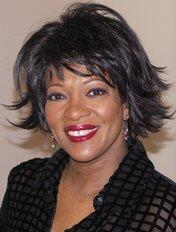 Commonwealth Professor of English at the University of Virginia, Rita Dove was U.S. Poet Laureate from 1993-1995 and Special Consultant in Poetry for the Library of Congress bicentennial in 1999/2000; she served as the Poet Laureate of Virginia from 2004-2006. She received the 1987 Pulitzer Prize in poetry for her book Thomas and Beulah. Her other books of poetry include Collected Poems 1974-2004, Sonata Mulattica, American Smooth, On the Bus with Rosa Parks, Mother Love, Grace Notes, Museum, The Yellow House on the Corner and Selected Poems; she has also published a collection of stories, Fifth Sunday, a novel, Through the Ivory Gate, a collection of her Poet Laureate lectures, The Poet’s World, and a verse drama, The Darker Face of the Earth, which had its premiere at the Oregon Shakespeare Festival in 1996 and was produced at the Kennedy Center and the Royal National Theatre, among others. Her song cycle Seven For Luck was set to music by John Williams and premiered at Tanglewood in 1998, and the following year she collaborated with John Williams and Steven Spielberg on “America’s Millennium.” She also edited the seminal anthologies Best American Poetry 2000 and The Penguin Anthology of Twentieth-Century American Poetry (2011). Her many accolades include the 2007 Chubb Fellowship at Yale University, an honorary doctorate from Yale University in 2014, the 2008 Library of Virginia Lifetime Achievement Award, the 2009 Fulbright Lifetime Achievement Medal, the 2011 National Medal of Arts from President Barack Obama, and in 2017, the inaugural U.S. Presidential Scholars Award from the Presidential Scholars Foundation.