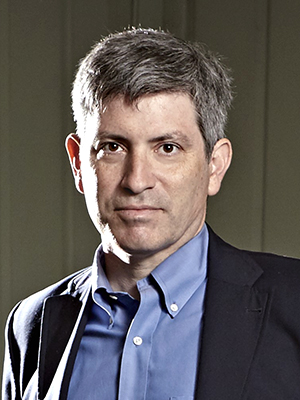 Professor (Adjunct) of Molecular Biophysics and Biochemistry, Lecturer in English

Zimmer is also the author of 14 books about science. His latest book is Life’s Edge: The Search for What It Means to Be Alive. His previous book, She Has Her Mother’s Laugh: The Powers, Perversions, and Potential of Heredity, won the National Academies Communication Award and the Science in Society Award from the National Association of Science Writers. It was also selected by the Guardian as the best science book of the year, and was a finalist for the Baillie-Gifford Prize for Nonfiction and the PEN/EO Wilson Literary Science Writing Award.

His other books include At the Water’s Edge, Parasite Rex, Evolution: The Triumph of an Idea, Soul Made Flesh, and Microcosm. He has won fellowships from the John Simon Guggenheim Memorial Foundation and the Alfred P. Sloan Foundation for his books.

Zimmer is also a three-time winner of the American Association for the Advancement of Science Journalism Award. In addition, Zimmer has been awarded the Stephen Jay Gould Prize, an Online Journalism Award, and the Distinguished Service Award from the National Association of Biology Teachers.

Courses:
“Writing about Science, Medicine, and the Environment,” an undergraduate seminar.

She Has Her Mother’s Laugh: The Past and Future of Heredity. Dutton, 2018.

Soul Made Flesh: The Discovery of the Brain and How It Changed the World. Free Press, 2004.

Parasite Rex: Inside the Bizarre World of Nature’s Most Dangerous Creatures. Free Press, 2000.

“Ancient Footprints Push Back Date of Human Arrival in the Americas,” The New York Times, September 23, 2021

“Could a Single Vaccine Work Against All Coronaviruses?” The New York Times, Februay 9, 2021

“Nuclear Tests Marked Life on Earch With a Radioactive Spike,” The Atlantic, March 2020

Life's Edge: The Search for What It Means to Be Alive

She Has Her Mother's Laugh: The Powers, Perversions and Potential of Heredity

Microcosm: E. Coli and the New Science of Life