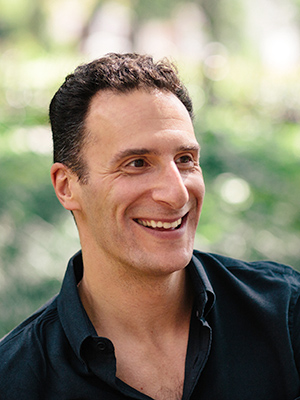 Aaron Tracy is a writer and producer, whose credits include Law & Order: SVU and Fairly Legal, among others.  He’s the Creator and Executive Producer of Sequestered, a serialized legal thriller that ran for two seasons, as well as The Tap, a historical drama about Yale’s first female class for USA Network, which Aaron produced alongside one of his heroes, Rob Reiner.  Among other TV projects in development, Aaron has recently been commissioned by Anonymous Content to write a limited series about the life of Tennessee Williams, by Lifetime Network to write a 4-hour series about the making of Breakfast at Tiffany’s, and by Alcon Entertainment to write a thriller, inspired by a true story, about the intersection of Hollywood and espionage.  Over his career, Aaron also has sold original TV pilots to CBS, Freeform, USA, Sony’s Crackle, MGM, Sonar Entertainment, Lionsgate TV, and others.

Aaron is also creating, writing and producing several original, scripted audio dramas for iHeartRadio, Audible, and Spotify, with various production partners.  These include an underdog NBA story with Steve Nash, a legal thriller with James Patterson, a historical romance with Shonda Rhimes, a comedic revenge tale with Kelly Ripa, and a courtroom drama with Eva Longoria.  His first show to be released, The Coldest Case, a detective thriller starring Aaron Paul, Krysten Ritter and Alexis Bledel, premiered as the #1 download on Audible in 2021, and has since become the most downloaded show in Audible Plus history.  Aaron hosts To Live & Dialogue in LA on the Yale Podcast Network, featuring conversations about craft with fellow writers and filmmakers, including Nancy Meyers and Ron Howard, among others.