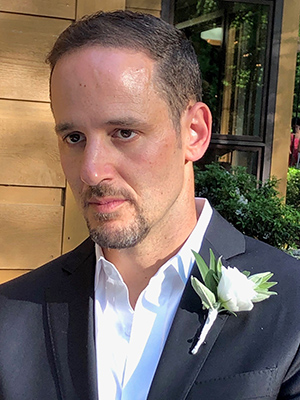 Jake Halpern is a journalist, bestselling author, and the winner of the 2018 Pulitzer Prize. His first book, Braving Home (2003), was a main selection for the Book of the Month Club by Bill Bryson. His next book, Fame Junkies (2007), was the basis for an original series on NPR’s All Things Considered and portions of the book were published in both the New Yorker and in Entertainment Weekly.  Jake’s most recent nonfiction book, Bad Paper (2014), was excerpted as a cover story for the New York Times Magazine. It was chosen as an Amazon “Book of the Year” and was a New York Times best seller.  Jake’s debut work of fiction, a young adult trilogy, Dormia, has been hailed by the American Library Association’s Booklist as a worthy heir to the Harry Potter series.  His most recent young adult novel, Nightfall (2015), was a New York Times best seller.

As a journalist, Jake has written for The New York Times Magazine, The New Yorker, The Atlantic Monthly, The Wall Street Journal, Sports Illustrated, The New Republic, Slate, Smithsonian, Entertainment Weekly, Outside, New York Magazine, and other publications.  In the realm of radio, Jake is a contributor to NPR’s All Things Considered and This American Life.  Jake’s hour-long radio story, “Switched at Birth,” is on This American Life’s “short list” as one of its top eight shows of all time.  Last, but not least, Jake is a fellow of Morse College at Yale University, where he teaches a class on journalism.  He recently returned from India where he was visiting as a Fulbright Scholar.

Bad Paper: Chasing Debt from Wall Street to the Underworld

Braving Home: Dispatches from the Underwater Town, the Lava-Side Inn & Other Extreme Locales