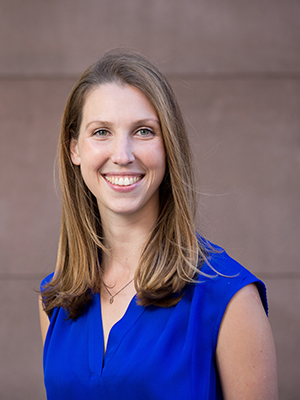 Sarah Stillman is a staff writer for The New Yorker magazine. She has reported on topics ranging from civil forfeiture to debtors’ prisons, and from Mexico’s drug cartels to Bangladesh’s garment-factory workers. She won the 2012 National Magazine Award for Public Interest for her reporting from Iraq and Afghanistan on labor abuses and human trafficking on United States military bases, and also received the Michael Kelly Award, the Overseas Press Club’s Joe and Laurie Dine Award for international human-rights reporting, and the Hillman Prize for Magazine Journalism.

Much of Stillman’s work focuses on social inequality, particularly within the U.S. criminal justice system. Her reporting on the high-risk use of young people as confidential informants in the war on drugs received a George Polk Award in 2012; she has also covered the rise of the private probation industry, for-profit immigrant detention, and abuses within the juvenile justice system. Before joining The New Yorker, Stillman wrote about America’s wars overseas and the challenges facing soldiers at home for the Washington Post, Slate, TheAtlantic.com, and more. Previously, she co-taught a residential college seminar at Yale on the Iraq War, and also ran a creative-writing workshop for four years at the Cheshire Correctional Institution, a maximum-security men’s prison in Connecticut. Her work is included in “The Best American Magazine Writing 2012.”

More recently, Stillman became director of the Global Migration Program at Columbia University Graduate School of Journalism, where she taught a course on “Gender and Migration” and mentors post-graduate fellows on a range of refugee-related reporting projects.

- Where are the Children?

Soul Searching: A Girl's Guide to Finding Herself