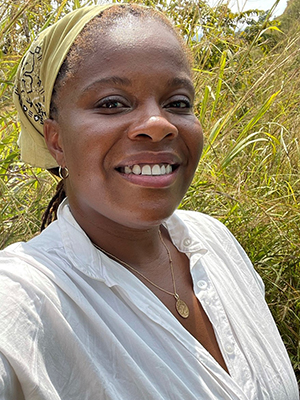 Rachel Kaadzi Ghansah is an essayist and cultural critic whose longform profiles of subjects such as Kendrick Lamar, Missy Elliott, Jean-Michel Basquiat, and Toni Morrison have been widely acclaimed. Her profile of white supremacist and mass murderer Dylann Roof was awarded the Pulitzer Prize for Feature Writing and the National Magazine Award for Best Feature Writing in 2018. Her profiles of Dave Chappelle and Missy Elliott were National Magazine Award finalists in 2013 and 2018, respectively, and her essay, ‘The Weight of James Arthur Baldwin,’ was selected for The Best American Essays in 2017. In 2018, she curated a PopRally event at the MoMA entitled ‘A Woman’s Work’ on black female creativity, and she was selected by the Root 100 as one of the most influential young African Americans at work today. In 2019, she won the American Mosaic Journalism Prize, awarded by the Heising-Simons Foundation. Her writing has appeared in The Paris Review, The Believer, and The New York Times Magazine, among other publications. Her forthcoming project, The Explainers and The Explorers, is a two-volume, broad-sweeping work about the black experience in America, from its very beginnings to the current day. The books will be published by Random House in United States, Gallimard in France, Debate in Spain, Companhia das Letras in Brazil, Faber & Faber in the UK, and Het Spectrum in the Netherlands.

Rachel lives in New York City and is of Ghanaian and Black American descent.