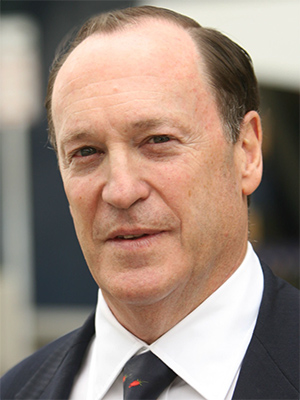 Steven Brill, a graduate of Yale College and Yale Law School, is a longtime journalist and author. Brill’s special report in TIME – “Bitter Pill: How Medical Bills Are Killing Us” – won a 2014 National Magazine Award and inspired his 2015 bestseller, America’s Bitter Pill: Money, Politics, Backroom Deals, and the Fight to Fix Our Broken Healthcare System. Other books include Class Warfare: Inside the Fight To Fix America’s Schools (2011), After: The Rebuilding and Defending of America in the September 12th Era (2003). Brill’s latest book, Tailspin: The People and Forces Behind America’s Fifty-Year Fall– and Those Fighting to Reverse It, became a bestseller when it was published by Knopf in May 2018.

In March 2018, Brill launched NewsGuard Technologies, a news service that reviews the reliability and credibility of news and information websites, with co-CEO and co-Founder Gordon Crovitz. Brill and Crovitz previously ran and co-founded Journalism Online, which created a business model for over 500 newspapers and magazines to launch paid content initiatives on the Press+ e-commerce platform. RR Donnelley acquired the company in 2011. Brill’s also founded and ran Court TV, The American Lawyer Magazine, and Brill’s Content magazine.

Steven and his wife, Cynthia Brill, a graduate of Yale College who serves as General Counsel at NewsGuard, founded the Yale Journalism Initiative in 2006 to encourage and support students as they pursue careers in journalism.

Learn more about NewsGuard at www.NewsGuardTech.com.

Class Warfare: Inside the Fight to Fix America's Schools

After: The Rebuilding and Defending of America in the September 12 Era