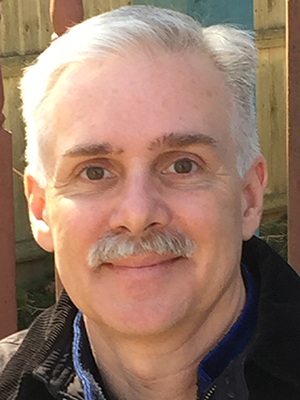 Steve Shoemaker has taught writing and literature for more than thirty years, and at a number of colleges and universities, including Harvard University, Yale University, and the University of Virginia.  He also served for many years as the Director of College Writing and the Roth Writing Center at Connecticut College.  As a teacher of writing, he is committed to helping students engage with writing as a genuine act of thinking, a powerful means for pursuing the questions they find most compelling. In recent years, he has often focused on developing innovative approaches to the teaching of writing and on cultivating fresh approaches to the reading and teaching of literature, with a special emphasis on intersections with cognitive science and neuroscience.  He has given talks at the Modern Language Association and elsewhere that draw on neuroscientific research in order to address the question of how we can help student writers pursue growth, creativity, and insight.  His literary scholarship has also drawn extensively on work in cognitive science and neuroscience, focusing on the way problems of embodied mind play out in literary texts.  In recent work on Hemingway, for example, he has investigated  how Hemingway’s approach to embodiment, including the complex explorations of gender identity in his later works, has been intertwined with an impulse toward metafiction that underlies much of Hemingway’s writing.  He is the editor of the collection Thinking Poetics: Essay on George Oppen (2009), and is currently working on a book project entitled The Poetics of Embodied Mind.

“Sound, Silence and Listening.”  Presentation for Eczacıbaşı Group event on Innovation and Personal Transformation.  Virtual Conference, based in Turkey.  June 3, 2021.

“Neuroplasticity, Insight, and the Metanarrative of Difficulty and Persistence in the Composition Classroom.”  Northeast Modern Language Association, Hartford, Ct.  March, 2016.

Thinking Poetics: Essays on George Oppen. Editor and contributor.  U of Alabama Press.  Modern and Contemporary Poetry and Poetics Series, 2009.

“Between Contact and Exile: Louis Zukofsky and the Poetry of Survival.”  Upper Limit Music: The Writing of Louis Zukofsky.  Ed. Mark Scroggins.  U of Alabama Press, 1997. 23-43.