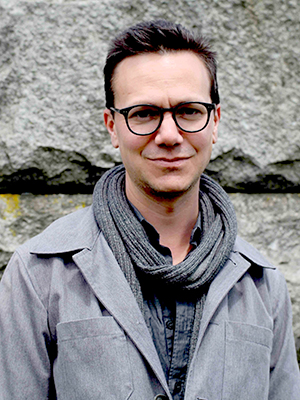 Professor of English and of American Studies

I teach American literature and other weird, beautiful things that people make out of the contradictions in American history—contradictions between liberty and slavery, democracy and domination, secularism and fanaticism, tolerance and exclusion. My courses include a lecture, “Love and Hate in the South,” as well as seminars on such special topics as confession, distraction, and the fiction of William Faulkner. I have also taught Readings in American Literature at MacDougall-Walker Correctional Institution through the Yale Prison Education Initiative, and in 2007 I worked with Caryl Philips to develop “The Literature of the Middle Passage,” a senior seminar traveling to Ghana.

My main research topic is the culture of discipline in the United States: stories, images, and fantasies about how people exercise control over themselves and others. My first book, The Prison and the American Imagination (Yale UP, 2009), traced a genealogy of the penitentiary system from its origins in enlightenment reforms to the prison industrial complex. In a second book, The Oracle and the Curse (Harvard UP, 2013), I explored how judges and offenders make claims to justice by appearing to speak as the vessels of a higher law—a suppression of personal identity that, when it works, enlarges the speaker’s ethical and political authority. I authenticated and edited Austin Reed’s 1858 manuscript, The Life and the Adventures of a Haunted Convict (Random House, 2016), the first known prison memoir by an African American writer. My new project is about the history of distraction and the arts of attentiveness. An article adapted from this work in progress, “Disciplines of Attention in a Secular Age,” is forthcoming in Critical Inquiry.

I have written about contemporary media and the arts for Paper Monument, Avidly, Yale Review, and other venues, and I co-edited No Crisis, a Los Angeles Review of Books special series on the state of criticism in the twenty-first century Books.

The Oracle and the Curse

The Prison and the American Imagination

Undergraduate: Readings in American Literature; Love and Hate in the South; Law and Literature; William Faulkner

Graduate: Transformations of the Confession: Secularism, Slavery, Sexuality; Reading, Attention, and Distraction; Literary Studies and the Critique of Power

The Oracle and the Curse: A Poetics of Justice from the Revolution to the Civil War

The Prison and the American Imagination