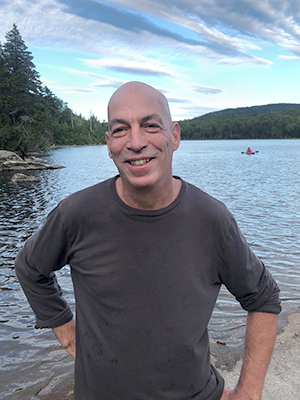 My work ranges across a number of topics and styles, from scholarship in early American literature and print culture, to more theoretical writing about publics and social movements, to introductory editions and anthologies, to journalism and nonacademic political writing.  In connection with my work on print and the history of reading, I have been interested in several other disciplines, on topics such as new media, intellectual property, and secularism.  I have also written extensively about sexuality, politics, and the public sphere.  One common thread across these fields is the way different social worlds are built up out of different circulating media and ways of reading or hearing.  At present I am working on two topics:  the early history of evangelicalism in America, and climate change.  The first project, based on Rosenbach lectures that I gave at Penn, is titled The Evangelical Public Sphere in Eighteenth-Century America.  The second led to the 2018 Tanner lectures on infrastructure, ethics, and the environment.

Varieties of Secularism in a Secular Age (Harvard University Press, 2010).

The English Literatures of America (Routledge, 1997). With Myra Jehlen

The Letters of the Republic: Publication and the Public Sphere in Eighteenth-Century America (Cambridge: Harvard University Press, 1990).

“Whitman Drunk” from Publics and Counterpublics

Varieties of Secularism in a Secular Age

The Trouble with Normal: Sex, Politics, and the Ethics of Queer Life