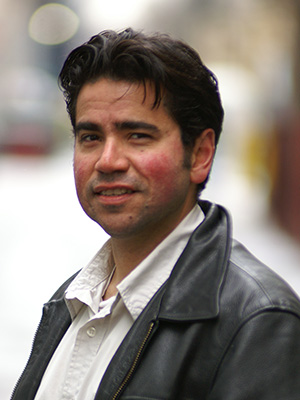 Derek Green is the author of New World Order, a collection of linked stories set in various locations around the globe. He has published nonfiction on subjects ranging from industrial farming and trauma surgery to national politics and  the international war on terror. As a screenwriter, he has written for Warner Bros. Studios and Carousel Productions, and has co-created, written, and presented television projects at major studios including HBO, AMC, Sony Productions, and Jerry Bruckheimer Television. Green travels widely as a speaker and has delivered seminars, workshops, and presentations in twenty-two countries on six continents.  A member of the Writers Guild of America East and the PEN American Center, he recently completed a novel about the rise of an armed Midwestern militia and a second collection of stories, and is at work on various television projects.

- “Lost in Eden: In Search of the Tree of Life,” Between Song and Story: Essays for the Twenty-first Century, eds. Sheryl St. Germain and Margaret Whitford, Autumn House Press, 2011.