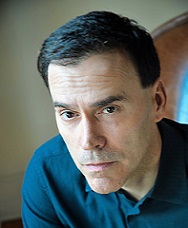 R. Clifton Spargo writes novels, short stories, essays, cultural criticism, and creative nonfiction. He is the author of the novel Beautiful Fools: The Last Affair of Zelda and Scott Fitzgerald (Overlook Press, 2013). Spargo writes on rock ’n’ roll, popular music, and literature, and on ethics, the Holocaust, and testimony, for places such as The Huffington Post, The Atlantic, Chicago Tribune, Newcity, The Wall Street Journal, The Yale Review, and The Cambridge Companion to Bob Dylan. His fiction has appeared in Glimmer Train, The Antioch Review, The Kenyon Review, FICTION, and SOMA, among other places. He is the author of two books of literary philosophy, The Ethics of Mourning and Vigilant Memory: Emmanuel Levinas, the Holocaust, and the Unjust Death, both published by The Johns Hopkins University Press.

A graduate of the Iowa Writers’ Workshop, Spargo holds a Master’s degree from Yale Divinity School and a doctorate in literature from Yale University. He is the co-founder of The Voices and Faces Project’s testimonial writing program, which helps at-risk youth, international refugees and undocumented persons, and survivors of gender-based violence to bring their stories into the public arena. Among the awards and fellowships Spargo has won are Glimmer Train’s Short Story Award for New Writers, the Provost’s Fellowship in Fiction at the University of Iowa, the Pearl Resnick Fellowship at the United States Holocaust Memorial Museum, and the Dixon Professorship of Creative Writing at Wittenberg University.

- The Ethics of Mourning (The Johns Hopkins University Press, 2004)

Beautiful Fools: The Last Affair of Zelda and Scott Fitzgerald

Vigilant Memory: Emmanuel Levinas, the Holocaust, and the Unjust Death

The Ethics of Mourning: Grief and Responsibility in Elegiac Literature