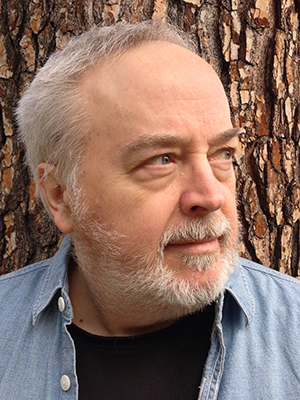 Member of the New York Times Editorial Board

My academic province is the 18th century, especially Samuel Johnson. I’m currently working on William Cobbett, the great 19th-century agricultural and political reformer. I’ve been teaching and thinking about nonfiction creative writing since 1982, as well as publishing essays and articles in many places, including The New Yorker, Harper’s, and National Geographic. I was a member of the New York Times Editorial Board from 1997 to 2013, my interests have left the ark and multiplied. I write about cultural issues of all sorts. I pay close attention to questions of public land use, especially in the American West, and species protection and extinction. And I write about farms—the industrial kind and my own small farm in New York state. I seem always to be thinking about sailing these days, though my next book will be about the decade I spent working with horse trainers in Wyoming and Montana.

The Genre of the Sentence (English Department), A Local Habitation And A Name; Or, Writing the World (FES/EVST)

More Scenes from the Rural Life

Timothy, or, Notes of an Abject Reptile

Straight West: Portraits and Scenes from Ranch Life in the American West