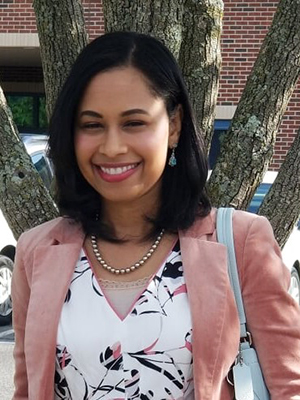 Felisa Baynes-Ross is interested in gender and religion, biblical interpretation, lollard writing and belief, religious dissent, and literature on the Caribbean. Her research focuses on the relationship between religious writing in the vernacular and lay spirituality in the later Middle Ages. Her current book project, “Vernacular Theology and Dissent: Lay and Female Spirituality in Late Medieval English Literature,” examines how dialogic modes in conventional works of religious instruction and in poetry disrupt ecclesiastical hierarchies to empower women and the laity in their spiritual and intellectual lives. She is also completing essays on “A Hermeneutic of Love and Spiritual Autonomy for a Widow in Book to a Mother,” “Torture and Theatricality in the Croxton, Play of the Sacrament,” and “The Black Carib Sublime,” which considers the discourse of resistance in natural histories on the Caribbean. Her work has been published in the edited collection Playing False: Representations of Betrayal (Cultural History & Literary Imagination), and she has worked as an editorial assistant to the edited volume Readings in the Theory of Religion. In addition to teaching expository writing and courses in medieval and early modern literature, she has served as the Director of the Westchester Writing Center at Fordham.