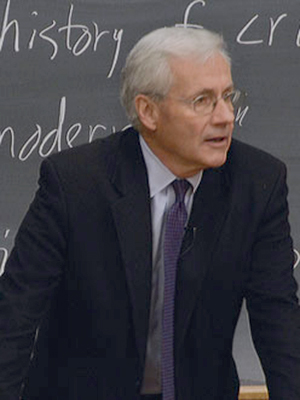 Paul H. Fry is the William Lampson Professor of English and has taught at Yale since 1971. He received his BA from the University of California, Berkeley and his Ph. D. from Harvard. His primary areas of specialization are British romanticism, the history of literary criticism, contemporary literary theory, and literature in relation to the visual arts. The Poet’s Calling in the English Ode (Yale, 1980) received the Melville Cane Award of the Poetry Society in America. Subsequent books are: The Reach of Criticism: Method and Perception in Literary Theory (Yale, 1984), William Empson: Prophet Against Sacrifice (Routledge, 1990), A Defense of Poetry: Essays on the Occasion of Writing (Stanford, 1996), The Rime of the Ancient Mariner (ed.; Bedford-St. Martins, 1999), and Wordsworth and the Poetry of What We Are (Yale Studies in English, 2008). He was Director of Graduate Studies in the English department for nine years and Master of Ezra Stiles College for seven. Since 2008 he has been Director of Graduate Studies in English again. He served as member and Chair of the Region II Committee for the Mellon Fellowships in the Humanities for twenty-five years. Among his more unusual publications are numerous short essays on painting and exhibition reviews for ArtNews and an article on aesthetics in the Philoctetes Journal, a periodical for the study of the imagination sponsored by the New York Psychoanalytic Institute. He is the 2011 winner of the Stephen Sondheim Inspirational Teaching Award offered by the Kennedy Center for the Arts. His lecture course, “Introduction to Literary Theory,” can be viewed on OpenYale. He is Executive Co-Chair of the Yale-New Haven Teachers Institute and its national counterpart, the Yale National Initiative, in which he has led summer seminars for seven years. He began life as a painter and hopes to come full circle.

Wordsworth and the Poetry of What We Are

The Rime of the Ancient Mariner (Ed.)

A Defense of Poetry: Reflections on the Occasion of Writing

The Reach of Criticism:Method and Perception in Literary Theory